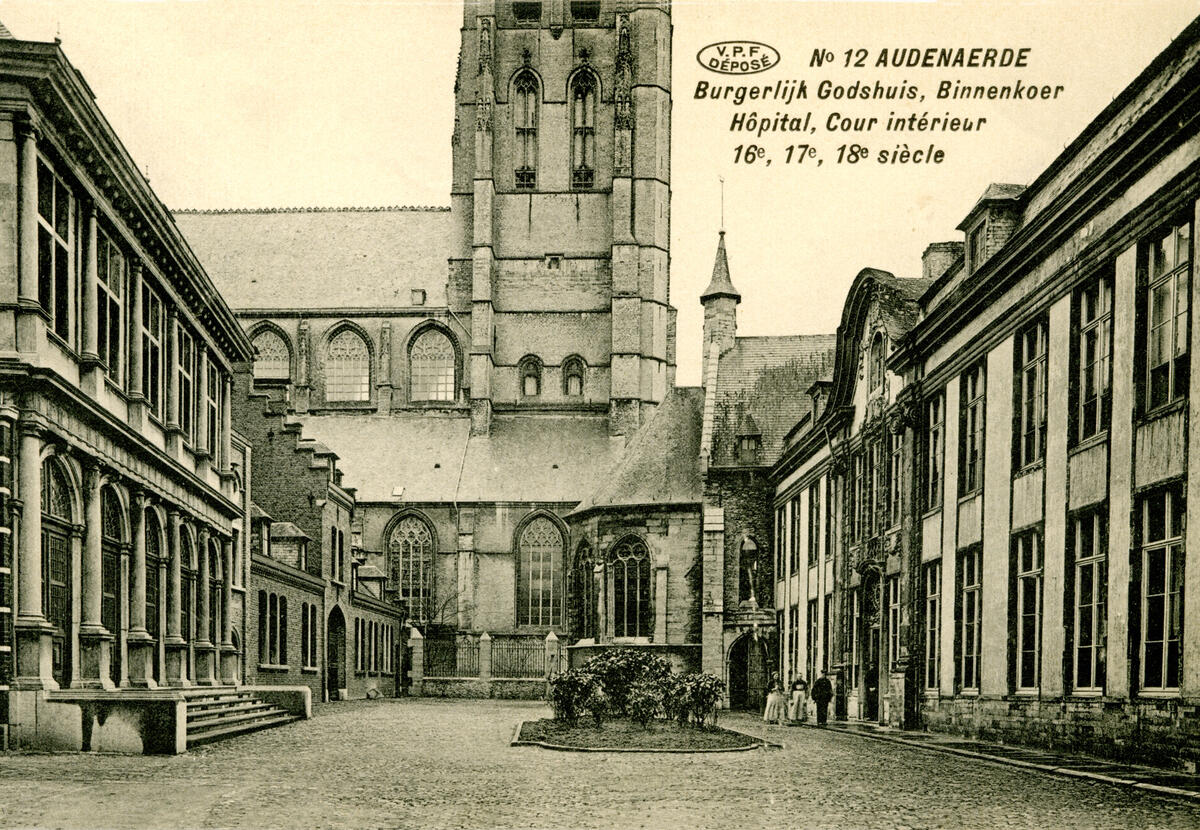 You are currently on the grounds of AZ Oudenaarde, our local hospital. Firstly, seek out a safe place for delving into the history of this complex, because this cobbled road is still being used by coming and going traffic. Surely, you’ve not come to Oudenaarde to find out about our -albeit excellent- healthcare.

This building dates back from the 15th century all the way to the 19th century. It’s a testament to the tumultuous history of religious institutions. The people taking care of the sick were nuns of noble descent, the Bernadines Sisters. The congregation was originally founded in the 13th century, when canon Arnulfus erected a place of refuge outside the city walls for travellers seeking accomodation after the town gate had been closed for the day. This safe haven was demolished in 1382 and moved inside the city walls, to this exact location. It was here that the nuns devoted themselves to taking care of the ill.
Behind this facade is a 16th century cloister aisle, surrounding a small courtyard.